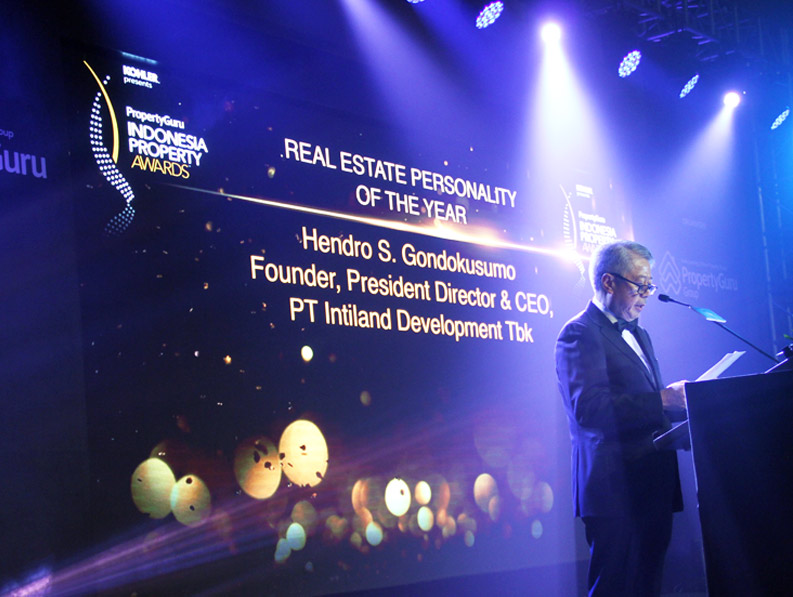 “The value of the marketing sales jumped 115 percent from the value made in the same period in 2016, which was Rp1.4 trillion,” Archied said.

Based on the segments, the biggest contributor to the marketing sales is mixed-use and high-rise development projects with Rp1.5 trillion, or 61 percent of the total. Meanwhile, the sales from industrial estates contributed Rp531 billion or 18 percent.

Archied further explained that based on the sources, development income remain the significant contributor with Rp2.7 trillion, or 90 percent of the total income. Meanwhile, recurring income which comes from rentals of office space, retail space, and the management of golf course, sports club, warehouses, and facilities, contributed Rp294 billion or 10 percent.

“Even though recurring income contributed only around 10 percent, the value surged 32 percent from the same period last year,” Archied said.

The jump in the recurring income is due to the rising income contribution from rentals of office space and facilities, notably from the South Quarter office complex in South Jakarta. “We see an improving prospect in the number tenants. Currently the occupancy rate is reaching 58 percent, hence, potentially increasing the recurring income,” he added.

The rise in the income from the marketing sales is notably supported by the sales of Intiland’s three projects—Fifty Seven Promenade, Ngoro Industrial Park, and Serenia Hills residential complex in Jakarta.  These three projects contributed up to 74 percent or Rp2.2 trillion.

The management of Intiland is optimistic that the national property market continues to improve this year, as the public need for quality and strategically-located property products remains high. All this time, consumers and investors tend to wait and see instead of deciding to invest in the property sector.

“The positive response shown by the market to our latest offering, Fifty Seven Promenade, indicates that the customer’s confidence is returning. Property products which offer good quality, a winning concept, and strategic location always have big potentials to be absorbed by the market,” he explained.

Entering the last quarter of the year, the company will focus on marketing its existing projects. The company has also been strengthening its marketing strategies, for example, by holding Intiland Expo’17 which lasted from October 12 to 15 in Jakarta, and Surprise Sundays, which is held every weekend from September 17 to October 22 in Surabaya.

“We continue to monitor the condition of the property sector, paying attention to where it is heading. Right now, we want to focus on our existing projects,” Archied added.

The management believes generally the property market is quite conducive. The stable macroeconomic condition, the downward trend of interest rate, the regulation which enables expatriates and foreigners to own a property, and relatively conducive investment climate are the catalyst for the national property industry to grow in the future.**