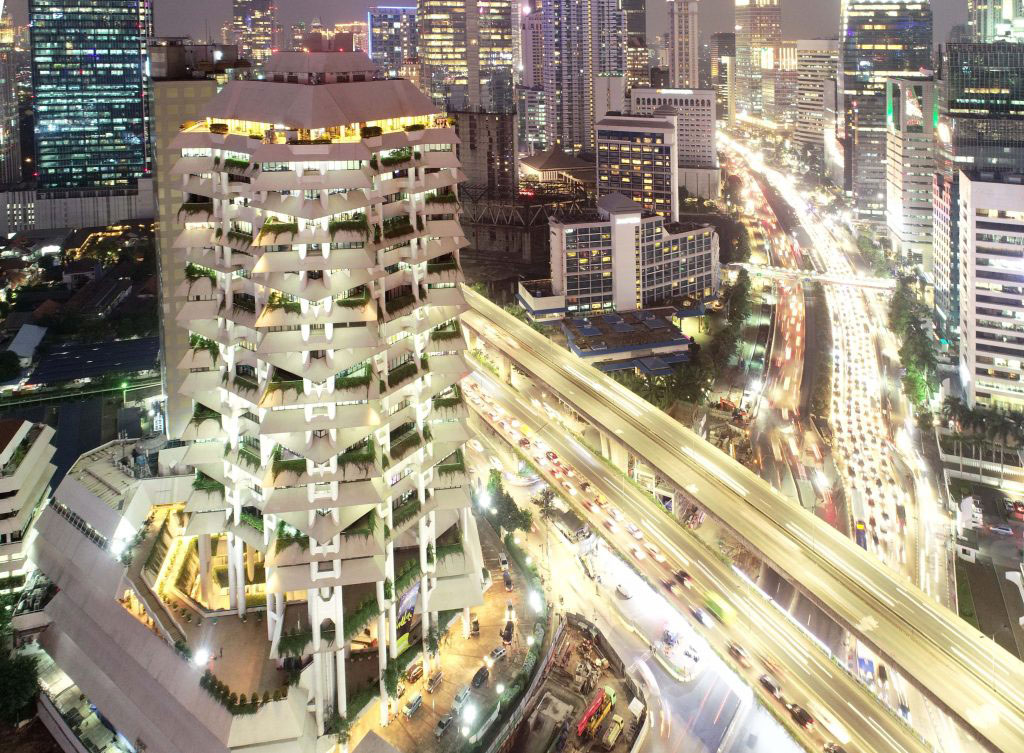 Jakarta (30/1) – Property developer PT Intiland Development Tbk (Intiland; DILD) announced that it has secured a syndicated loanfacility worth Rp2.8 trillion. The eight-year tenor syndicated loan facility, due in 2026, was arranged by Bank Negara Indonesia (BNI) and Bank Central Asia (BCA), comprising of Rp1.63 trillion (58.33%) from BNI and Rp1.17 trillion (41.67%) from BCA. Interest rate for the facility was 10.5%.

Intiland’s Director of Capital and Investment Management, Archied Noto Pradono expressed his appreciation for the cooperation and support from BNI and BCA for disbursing the syndicated loan facility. The line of credit demonstrated trust from the banking and financial sector in the Company’s business prospect in the future.

“We extend our appreciation to BNI and BCA for their trust in Intiland. Disbursement of the syndicated loan facility has a positive impact for Intiland in carrying out its strategic plans, strengthening its financial structure, and improving its business performance,”Archied said in a press conference in Jakarta on Wednesday, 30 January 2019.

The facility was arranged pursuant to a cooperation agreement established since September of last year. The agreement on the syndicated loan facility was officially signed by Intiland, BNI, and BCA on 21 December 2018.

Archied said that the financing facility was an investment loan to refinance debts and increase working capital. The Company plans to use a major portion of the proceeds to refinance loans to eight banks and redeem bonds due to mature in the middle of this year.

Currently, Intiland has loans from a number of banks at different interest rates and terms. This led to inefficiencies in debt management in terms of cost of fund and administration process.

The Company can gain positive benefits by refinancing its debts. These benefits include, among others, lower interest expenses, simplified administration, and improved financial structure of the Company.

“By securing a longer tenor, we have a greater flexibility in managing the financial and funding structure for business development. We refinanced a total of Rp2.16 trillion in bank loans; redeemed Rp428 billion in outstanding bonds; and added Rp221.67 billion to the working capital,” said Archied.

“Series A of the Bonds is due to mature on 29 June 2019. The funds from the loan facility has been allocated; we are now waiting for the bonds to mature,” added Archied.

In addition to refinancing bank loans, a portion of the proceeds from the syndicated loan facility was allocated to increase working capital.

BNI’s Director of Corporate Banking Putrama Wahju Setyawan said that the credit arrangement for Intiland by BNI and BCA demonstrated corporate support for the property sector. It was also a form of BNI’s support for government programmes aimed to accelerate economic growth. Under the syndicated loan agreement, BNI is the Joint Mandated Lead Arranger and Bookrunner (JMLAB) as well as the Facility Agent and Escrow Agent.

Furthermore, this agreement is a continuous synergy between State-owned Banks and private banks to provide credit for the property sector,” he said.

“The market tends to adopt a wait-and-see attitude and will recover once the positive momentum arises. We saw that the market’s purchasing power is still there, but consumers are more selective with their purchases and property investments,” Archied said.

For this year, the Company will focus on developing existing projects. These projects include the Pinang Residence townhouse, a new cluster in the Serenia Hills residential complex, and a new apartment development in South Quarter.

Intiland has prepared a number of primary strategies to maintain its financial stability and level of growth. In addition to finding strategic collaboration opportunities through partnerships or joint ventures, the Company is also focused to market its remaining inventory.

To complement these strategies, the Company plans to dispose non-core and low-earning assets. These strategic measures are believed to be able to strengthen its business performance.