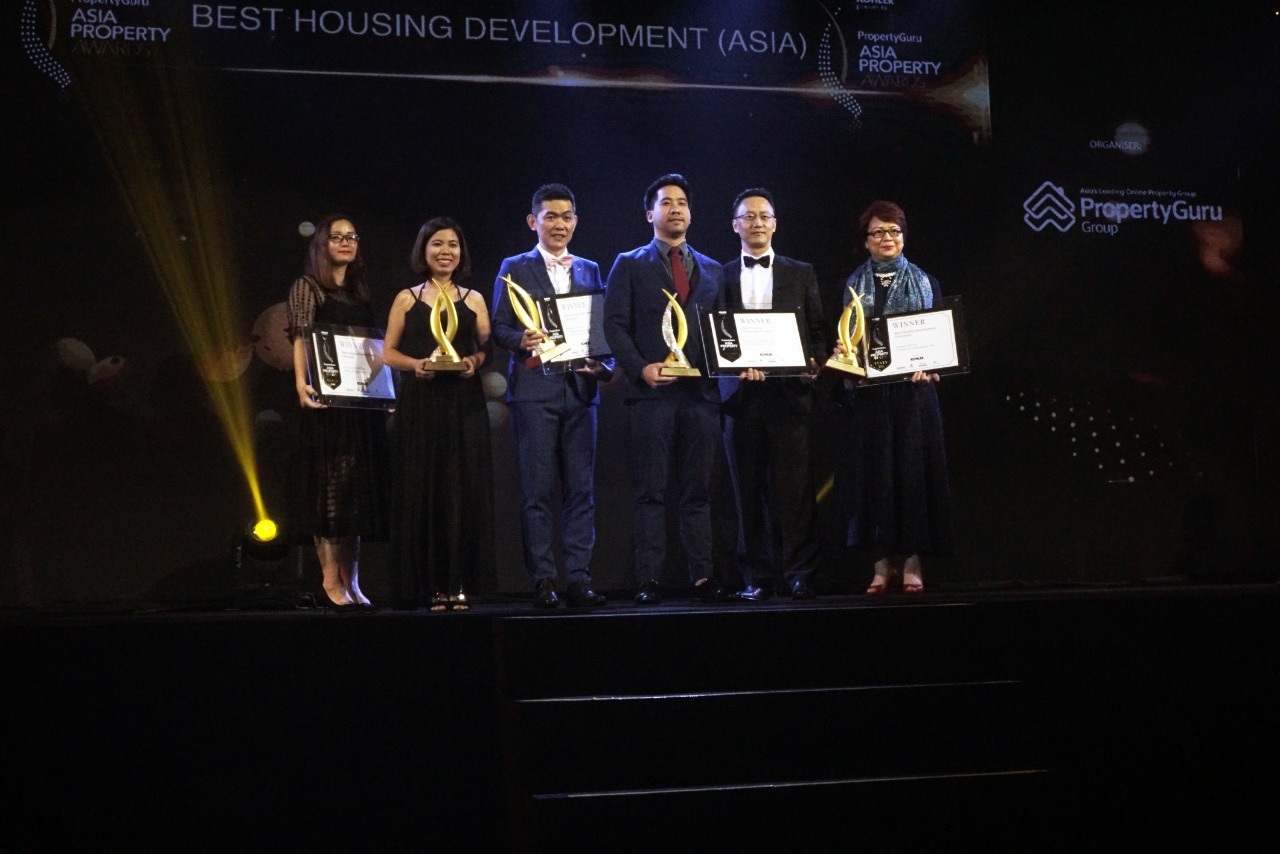 The trophy presentation ceremony was the highlight of the Asia Property Awards gala dinner, held in Bangkok, Thailand on Friday, 9 November 2018. The trophy was also received by Theresia Rustandi, Intiland’s corporate secretary.

Organised by the PropertyGuru Group, the Asia Property Awards is a means of recognising for hallmark property developments in Asia. Nominees of the Awards are winners in their respective categories in the domestic award events that were held in countries throughout Asia, such as in Indonesia, Malaysia, Singapore, Vietnam, China, Thailand, Japan, Korea, Australia, and the Philippines.

Theresia Rustandi said that she was proud of Serenia Hills’ achievement and recognition in the event. The awards were a means of recognition and acknowledgement from international community that projects developed in Indonesian are indeed able to compete in Asia.

“This achievement is an international recognition of the best property projects in Indonesia. The award is not only Intiland’s pride and joy as a developer, but more so since it also raises Indonesia’s prominence in Asia to new heights,” said Theresia Rustandi after receiving the awards.

Serenia Hills is a modern landed residential development built on a 26 hectare plot, located strategically in the conurbation of Lebak Bulus in South Jakarta and South Tangerang. Launched in 2011, Serenia Hills boasts some 477 units, constructed in two phases.

Permadi Indra Yoga, Intiland’s Director of Business Development, explained that the first phase developed some 10 hectares of land while the second phase developed another 16 hectares. Along with the Quantum and Signature clusters, Serenia Hills has also successfully marketed houses in the Regent, Titan, Ultimate, and Venture clusters.

Aimed at the upper-middle class segment, Permadi added that Serenia Hills has become one of the more popular residential areas in South Jakarta. With its tropical residential concept featuring lush and green surroundings, Serenia Hills offered an urban oasis for its urban residents.

“The dynamics of the urbanite’s needs and lifestyles change rapidly. They need a residential and living environment that is practical, natural, harmonious, and integrated with current technological developments. These factors were one of our focus when we developed Serenia Hills,” Permadi Indra added.

For Intiland, the awards and achievements acted as a factor to attract home buyers to Serenia Hills and a source pride for its current residents. The achievements set the momentum for the Company to always continue improving the quality of its products and services, which in turn makes its consumers comfortable.

Serenia Hills is one of the key projects in Intiland’s business growth. The Company plans to start the next development phases which will be carried out in the future.

“We still have two new development projects for Serenia Hills. We will launch these two projects next year, while waiting for the best momentum and recovery of the property market,” said Permadi Indra Yoga.

According to Permadi, landed residential developments have an excellent prospect and growth potential in Indonesia. In addition to strong demands for housing, ease of financing is among the stimulus that propels the growth of the national property sector.