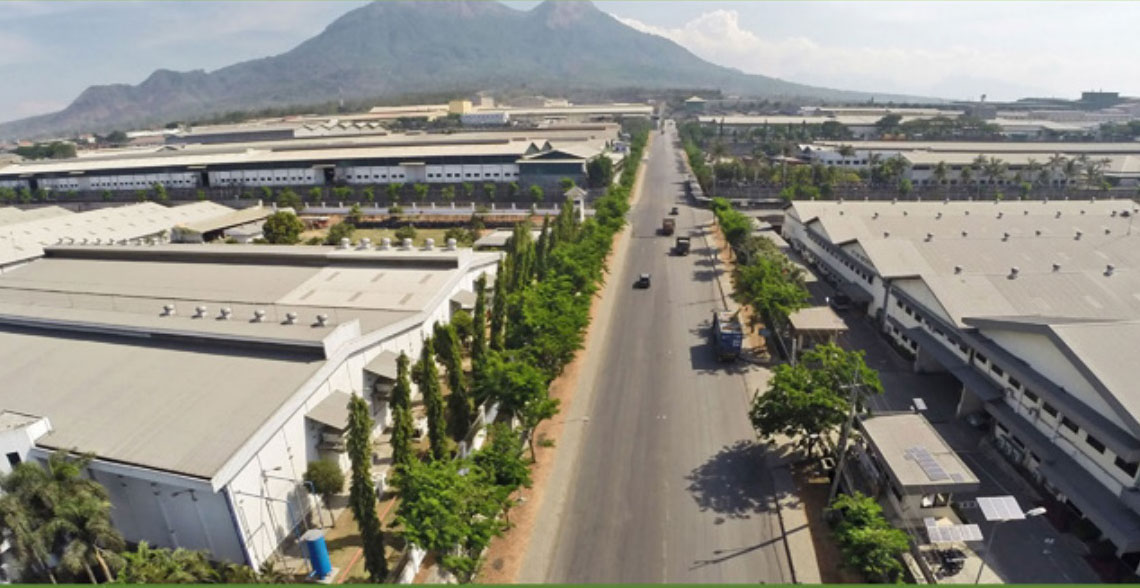 Intiland’s Director of Capital and Investment Management, Archied Noto Pradono, explained that the increase in the Company’s sales was owing to a number of factors. First, the property market has started to improve, and the other factor being increased sales in the residential and industrial estate segments.

“In general, the property market is gradually improving. People’s confidence has begun to recover and they are making purchases again. Market sentiment is growing positive,” said Archied.

Archied assessed that the property market condition in the first three months of this year was more conducive than during the same period last year. Sales of property products are on a rising trend, in line with increasing consumer demand, as people wish to take advantage of a number of policy incentives from the government.

The housing development segment recorded the largest marketing sales contribution of Rp254 billion, making up 51 percent of the total. The next contributor was sales in the industrial estate segment, which amounted to Rp190 billion, contributing 38 percent to the total. Meanwhile, the mixed-use & high-rise development segment contributed 11 percent by posting marketing sales of Rp57 billion.

Based on the location of development, projects in Surabaya contributed Rp319 billion or 64 percent to the total marketing sales. The rest came from the sales of projects in Jakarta and its surroundings, amounting to Rp182 billion or 36 percent of the total.

Archied said that sales of industrial land in the first quarter of this year were quite strong. The Company’s two industrial estates, namely the Ngoro Industrial Park in Mojokerto, East Java and the Batang Industrial Park in Central Java, recorded a 139 percent jump in marketing sales compared to the same period last year. Positive sales performance was also shown by a number of housing projects, such as Serenia Hills in Lebak Bulus, South Jakarta, and Graha Natura and Amesta Living located in Surabaya.

“Sales performance in general remains on track, and we continue to strive to achieve this year’s marketing sales target of Rp2.4 trillion. The largest contribution to sales is expected to come from the residential segment,” Archied stated further.

The Company has prepared a series of strategic steps to boost marketing sales this year. In addition to driving up sales of inventory units, especially ready-to-occupy units, the Company is also planning the development of several clusters and new products in ongoing projects, particularly in the residential area development segment.

Specifically for warehousing products, currently the Company is focusing on selling warehouses at the Aeropolis Technopark in Tangerang. In this area, the Company has several warehouse units in its product portfolio, offered in various types to cater to different market needs.

“The property sector this year should be better than last year. This year may well be a turning point and give a momentum for the property market to return to a stable rate of growth,” he conveyed.

“Operating revenues from the industrial estate segment increased significantly, mainly due to the sale of industrial estate in Batang Industrial Park and the sale of warehouses at the Aeropolis Techno Park,” explained Archied. Meanwhile, the decline in the mixed use & high rise development segment was due to the sizable sales made in 2020 involving Graha Golf, The Rosebay and Spazio Tower condominiums, which had subsequently been handed over to the buyers.

Archied considered that the general condition of the property sector was less than conducive throughout 2021. A number of policy incentives launched by the Government to bolster the property sector succeeded in driving up sales, especially in the housing sector, but were yet to fully impact all segments of property development, especially apartment sales.

“The housing segment has decidedly benefited the most from the various incentives the government had launched. However, for high-rise property products such as apartments, the effect has not been significant and does not necessarily encourage purchases or investments,” he said further.

In total, the Company recorded operating revenues of Rp2.63 trillion. The mixed use & high rise development segment recorded the largest contribution of Rp772.4 billion or 29.4 percent of the total. The next contributor to operating income comes from the residential area segment with a value of Rp688.3 billion or 26.2 percent. This was then followed by the industrial estate development segment, which contributed 19.3 percent or Rp508.6 billion.

The company recorded Rp1.03 trillion in gross profit and Rp665.9 billion in operating profit, showing a decline of 13 percent and 14 percent, respectively. Meanwhile, the net profit for the year attributable to owners of the parent entity amounted to Rp12.2 billion. This was lower than the achievement in 2020, which was Rp76.8 billion.

Based on type of income, development income contributed Rp1.97 trillion or 75 percent of the total. The rest was derived from recurring income amounting to Rp659.3 billion or 25 percent.

According to Archied, the Company succeeded in strengthening the contribution from recurring income. In 2021, the Company booked a 12 percent increase from the figure in the previous year. Recurring income was derived from office rentals, management of sports facilities, and rental of facilities in industrial areas.

Archied described that this year will be a momentum for the Company to rejuvenate its business performance. A series of strategic initiatives have been set up to anticipate the improving conditions in the property market and the renewed growth of public interest in buying and investing.

The main focus of the Company this year is to boost sales, especially from inventory products in a number of housing and apartment projects. The Company will also continue to deepen its penetration of industrial estate sales. The Company has allocated a budget for capital expenditure amounting to around Rp1 trillion, which will be used to complete the construction of several ongoing projects.

Furthermore, the Company is exploring opportunities for collaborative project development, either directly or by cooperating with strategic partners. The development and launch of new projects is one of the business growth strategies that will be carried out with extreme caution, by paying adequate attention to the market niche, existing potentials, and reception of each product in the market. ***