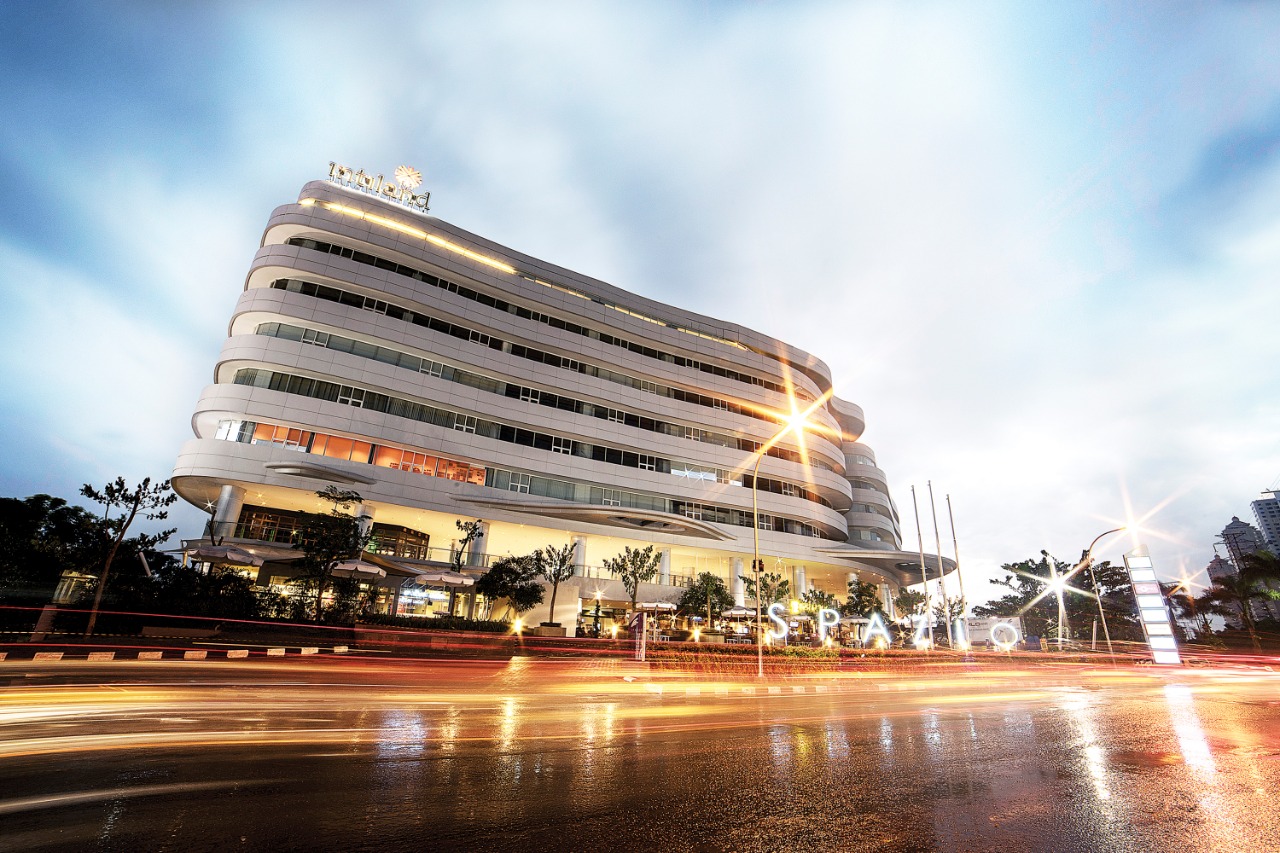 Jakarta (29/4) Property developer PT Intiland Development Tbk (Intiland; DILD) reported the results of its 2020 financial performance. In the midst of enormous pressures and a decline in the property market due to the Covid-19 pandemic, the Company successfully maintained its business performance throughout the past year.

Based on its annual financial statements ended 31 December 2020, the Company recorded operating revenues of Rp2.89 trillion. This amount increased by Rp154.3 billion or 5.3% from the 2019’s Rp2.74 trillion.

Intiland’s Director of Capital Management and Investment, Archied Noto Pradono, said that the increase in operating revenues in 2020 was driven by an increase in sales recognition from the mixed-use and high-rise development segment that had completed the construction period. The Company currently has a number of mixed-use and high-rise projects in its portfolio, located in a number of areas, including Jakarta, Tangerang and Surabaya.

“The rise in operating revenues was due to the recognition of sales from the development of mixed-use and high rise projects that have been completed, such as Graha Golf and The Rosebay condominiums in Surabaya, as well as the sale of stock units in a number of apartment projects, such as 1Park Avenue,” said Archied via written statement on Thursday (29/04).

The next stream of operating revenues was recurring income, which contributed Rp589.1 billion or 20.4% to the total. Operating revenues from this segment went down by 5.7% compared to 2019’s achievement of Rp623.1 billion.

The mixed-use & high rise development segment was the largest contributor with Rp1.8 trillion, or 63.4%. Its contribution rose by 39.4% compared to 2019’s achievement of Rp1.1 trillion.

The next contributor was the residential area development segment, amounting to Rp432.8 billion or 14.9% of the total. Revenue from this segment declined by more than half compared to 2019’s revenue of Rp942 billion.

The industrial estate development segment contributed Rp36.7 billion or 1.3%. This amount decreased from the previous year’s amount of Rp.63.4 billion.

Archied explained that the segments of housing development, industrial estates, and recurring income decreased on average from the previous year’s amounts. The Covid-19 pandemic directly posed pressuring challenges on the Company’s sales performance, in line with consumers’ decision to postpone their purchase of property products.

“Demand in the housing market has also been hit by a weak consumer purchasing power and reluctance to invest during the pandemic,” said Archied.

Entering the first three months of 2021, the Company believes that the property market conditions have begun to move positively. A series of incentives and policy stimuli rolled out by the Government as well as a number of promotional programs launched by property developers have begun to encourage people to make purchases and invest in the property sector.

Archied explained that since the end of 2020, consumers’ interest in buying property had begun to gradually improve. This change mainly occurred in the sales of housing products, particularly in the middle market segment which had begun to revive.

“We have a lot of discussions with consumers and property agents, and on average they are getting increasingly optimistic and confident that conditions will improve. To anticipate this change, we are preparing a special promo program and launching several new products to meet consumer needs,” Archied said further.

Based on location, according to Archied, sales originating from developing projects in Surabaya contributed Rp167 billion or around 54%, followed by sales of projects in Jakarta amounting to Rp143 billion or 46% of the total.

Archied explained that sales from the housing segment increased on average in the first three months of this year. The biggest contribution was still derived from sales of housing units in Graha Natura and Graha Famili housing estates in Surabaya, Serenia Hills and South Grove in South Jakarta, and Talaga Bestari in Tangerang.

“We are targeting marketing sales this year to reach Rp2 trillion, with the main focus coming from sales of the housing and high-rise segments,” said Archied.

Archied stated that the Company is hoping that the property market this year will be rejuvenated, in line with the stimulus and policy incentives from the government. This year could prove to be a turning point for the property market and the right moment for consumers to purchase and invest in property products.

“The government’s handling of Covid-19 is the driving force for the economy that is awaited by many businesses. In addition, we appreciate the government’s stimulus in the property sector, such as down payment incentives and relaxation of value added taxes which have been quite comprehensive in encouraging property sales,” said Archied.

The Company offers various facilities for consumers to complement the policy incentives from the Government. These promo programs include interest-free installment, various bonuses for the purchase of certain projects such as furniture bonuses, as well as service fee and management fee waivers.

This year, the Company will focus more on selling inventory or unit stock in a number of housing and apartment projects. However, the Company also continues to look for niche markets for launching new projects by carefully considering the risk factors.

“There are always opportunities in the property industry. The key lies in how smart the developers are in seizing the opportunities in each existing sub-sector. We see the market starting to move and we believe it will gradually improve,” concluded Archied. ***